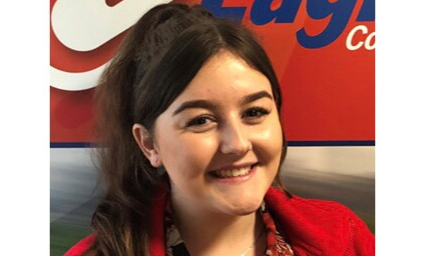 In March, we caught up with Despatch Controller, David Keogh. David told us all about his previous life as a professional footballer, his strangest delivery story and why his superpower would be flying.

In the hot seat for April is Operations Assistant, Brody Brown. Brody has been with Eagle for almost three years.

She tells us what she likes to do in her spare time, what she’d take to a desert island and why she’d transport herself to New Orleans right now.

What do you do at Eagle Couriers?

I work as an Operations Assistant – I help to book jobs and keep things running smoothly on a day-to-day basis.

How long have you been working at Eagle Couriers?

I will have been working at Eagle Couriers for 3 years on the 1st July this year.

Do you have any strange delivery stories/ encounters from your time at Eagle couriers?

The one that sticks in my memory was receiving a phone call for a man who wanted to ship a live cat down to London – I thought he was joking at the time!

What do you most enjoy about working at Eagle Couriers?

It’s always busy and I love that. There’s nothing worse than sitting around with nothing to do.

What’s something unexpected about you?

I absolutely love horror films. I don’t even think I could pick a favourite, there are so many. I like really jumpy ones but I have to watch a happy film straight after.

I spend as much time as I can with my nephews who are 5 and 9 years old. We like taking them on days out to Edinburgh Zoo and next week we’re off to Blair Drummond Safari Park, I can’t wait because I’ve never been before.

What’s one food that you can’t stand?

I can’t stand mushrooms. When I was wee, my Mum used to grate mushrooms into Spaghetti Bolognese to try and hide them but I always knew they were there, I could smell them!

If you could live inside the world of any book/ TV / series or film which one would it be and why?

I would live in the Shadowhunters books, films or TV programme. I think it would be amazing to run around with werewolves and vampires.

What kind of animal do you think you’d be?

I’d be a wild horse, like the Disney film Spirit. It would be such a good life to just run free in the wild!

If you could have dinner with any 3 people living or dead, who would it be and why?

I think the first person would have to be J.K. Rowling. I am a huge Harry Potter fan and I’d love to ask her lots of questions. The second would be Dylan O’Brien, from the Maze Runner films and Teen Wolf. He seems so funny and down to earth. I think the last one would be the author Victoria Aveyard – her next book comes out in April and I’ve had it on my calendar for ages, I’m so excited. It would be great to ask her questions too and find out some spoilers.

If you were stranded on a desert Island and you could only bring three things with you what would they be and why?

If it was a hot island, I would bring my tanning oil. I love the sun! I’d bring my phone, because it’s glued to my hip and I’d bring my two cats, Maisie and Casper.

If you could have any super power what would it be and why?

I’d love to time travel. I would like to see what life was like 500 years ago and what it’s going to be like in 500 years time.

I would travel back to the dinosaur and cavemen eras.

If you could teleport yourself anywhere in the world right now where would it be?

Definitely New Orleans. There are so many cool jazz pubs. I’m also really interested in the gothic history of New Orleans – I love the stories about witches and vampires.

Are you looking for a courier in Scotland? 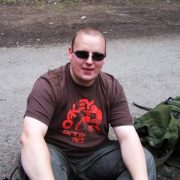 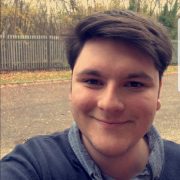 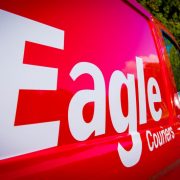 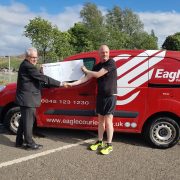 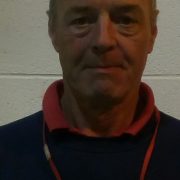 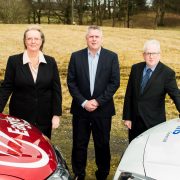