A Courier Chief has slammed political leaders for the ‘series of failings’ that led to the shutdown of the Forth Road Bridge, suggesting that the once-loathed bridge tolls should have never been scrapped and instead diverted into a fund to maintain the bridge.

Jerry Stewart, Co-Director at Eagle Couriers, Scotland’s largest independent courier firm with over 100 drivers, believes that removing the tolls in 2008 directly created the problems which resulted in the near three-week closure of the bridge.

It is expected that the shutdown cost the Scottish economy in excess of £50 million and it caused devastation for those that relied on it for transport, as well as local areas reliant on the influx of commuters.

The bridge was very recently reopened ‘ahead’ of schedule on Wednesday 23 December. 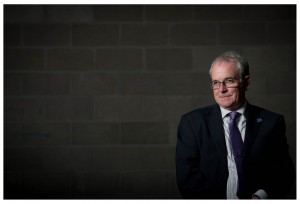 Jerry, an industry veteran of over 30 years and Fellow at the Institute of Couriers, said: “As wonderful as hindsight is, it is plainly obvious that the removal of the bridge toll in 2008 was a disaster just waiting to rear its ugly head.

“For starters it encouraged a boom in traffic, far exceeding the levels that the bridge was designed to cope with. We could have instead encouraged a more sustainable level of traffic and even implemented an increased levy for HGV’s and the heaviest vehicles that create the most structural stress.”

The Forth Road Bridge tolls were originally implemented temporarily, in order to cover the construction costs of the bridge – with plans for it to be abolished years later once this had been achieved.

However, The Scottish Parliament opted to continue tolling the bridge on three separate votes, until it was eventually scrapped in 2008.

The Forth Estuary Transport Association recently warned that traffic numbers had been regularly exceeding 70,000 daily vehicles with the bridge designed to take just 30,000.

Jerry added: “It is telling that in the time period following the recovery of the initial construction costs and prior to the scrapping of the toll, a comprehensive strengthening and maintenance project took place – justifying the small extra charge to motorists.

“I simply do not believe that these important projects would have happened without the bridge being able to generate the capital required and it will be interesting to see what strategy they come up with for the new Queensferry Crossing.

“The ability to generate the funds needed for the comprehensive maintenance work should never have come to an end and I fully believe that despite the political mud-slinging that will inevitably go on well into the New Year, its return needs to be at the top of the agenda.

“It would be interesting to see how commuters and businesses would respond to the return of the tolls. If they can help to ensure that this kind of disastrous shutdown doesn’t happen again then I for one would be all for it.”