A PROGRESSIVE Scottish courier firm is helping to raise awareness of one of the country’s lesser known chronic conditions.

Bathgate-based Eagle Couriers has teamed up with Fringe act Katie & Pip to help spread the word about type 1 diabetes and the effect it can have on the lives of young people in the UK.

Scotland’s leading courier company will distribute over 500 flyers for the Katie & Pip show, which will take place at Summerhall until Sunday 12th August, helping to promote the lesser known type of diabetes.

Starring 15-year-old Katie Gregson and her five-year-old Border Collie, Pip, the show follows the bond between the duo and how Katie’s four-legged friend can detect when her blood sugar levels are too high or low – ultimately saving her life.

Inspired by his sister’s story, Rob Gregson and his partner Charlotte Berry decided to put on the show to change people’s perception of the condition.

Rob said: “In the media the diabetes types are often conflated. Especially for type 1, it’s very stigmatised and misunderstood. So for us it’s a chance to raise awareness.

“We wanted to recreate the effects within the performance to show the highs and lows of having type 1 diabetes.

“That’s why it is fantastic that Eagle Couriers has chosen to help us by delivering our flyers for the show.

“We are a small company but we have a big message to spread. Hopefully we can change the perceptions people have surrounding the condition.”

According to leading diabetes charity JDRF, around 400,000 people in the UK currently live with type 1 diabetes, with over 29,000 of them being children.

Through world-class research and support, the charity aims to eradicate the effects of the condition and the risk of it developing.

Fiona Deas, co-director of Eagle Couriers, said: “We are delighted to be able to support Katie & Pip and help raise awareness of type 1 diabetes.

“We have drivers travelling in and out of the capital every day, so it makes sense for us to put our reach to good use by delivering leaflets with our parcels.

“The show promotes an inspiring story and just how important our four-legged friends can be in our lives.

“I’m sure the show will be a triumphant success and we are looking forward to seeing Katie and Pip in action.”

Tin Can People’s production of Katie & Pip will run from 3rd-12th August at Summerhall’s Old Lab in Edinburgh as part of this year’s Fringe Festival. Tickets are priced at £10.

Donations to JDRF can be made at https://jdrf.org.uk/get-involved/give/donation-v2/ 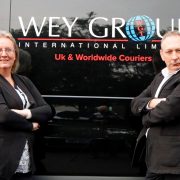 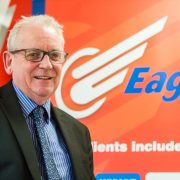 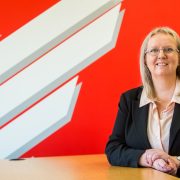 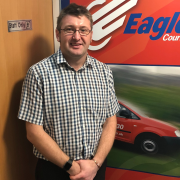